Apple’s iOS and OS X have changed quite dramatically in the past few years – there have been a lot of changes under the hood and a lot of new features added to the core, all of which have proven to be beneficial for both the users and the developers.

But a lot of experts have said that the company is basically overextending their operating systems, and it seems like Apple agrees – the next releases, OS X 10.11 (code named “Gala”) and iOS 9 (code named “Monarch”), will focus on consolidating existing features, as well as improving stability, performance and security. That’s not to say there will be no new features – they’re coming, but there won’t be as many of them as we’re used to see in a new version. 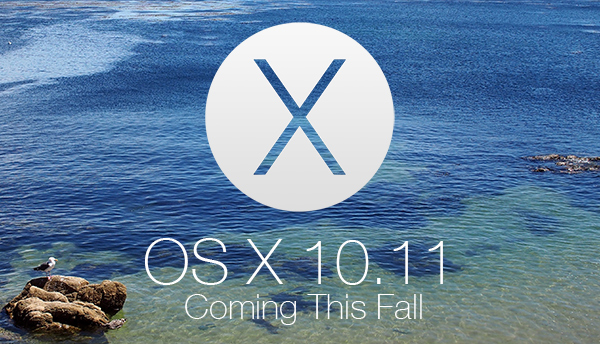 Under the hood, both the mobile iOS 9 and the desktop OS X 10.11 will feature a lot of rework, which aims to make the software even more reliable and trouble-free. It’s no secret that the last version has been a bit less stable than many would’ve liked, and it sure it good to see Apple engineers working on fixing the issues, no matter how minor they are.

For iOS, Apple is also introducing Swift 2.0, the next iteration of their app programming language, which will have more capabilities, will be more stable and faster than the previous versions. One of the biggest changes is the ability to use a central repository for libraries, which means a lot of saved space for apps written in Swift. Currently, every app carries an 8 MB overhead in what is basically the same code repeated over and over again for each app, which adds up to a lot of memory usage on your phones and tablets – Swift 2.0 will get rid of that, instead using one central source for those libraries.

Performance will also be improved for both iOS 9 in general and for older devices in particular – that is a very welcome thing, and it means that your perfectly good iPhone 5 won’t suddenly become sluggish with the update. On the contrary, the performance is expected to improve, which may also make Android users pretty jealous.

Security is a major point of both Gala and Monarch, with several new additions standing out: Trusted Wifi, iCloud Drive as a backend for apps and the Rootless security system.

Trusted Wifi basically improves encryption and security for Wifi access points, while also giving you the ability to add certain APs to a “trusted” list, making it easier to connect to them whenever you’re in range.

iCloud Drive is also getting better encryption, as well as being assigned as a back-end for Apple’s core apps, which will improve security when syncing and the safety of your data, which you will be able to move from any third party server to your iCloud Drive.

And last, but not the least, there’s Rootless – the new security system that will do away with root rights and make the OS even more secure against potential attacks. The system will work on both iOS and OS X, and it basically means that not even root (or admin) rights will give you the ability to modify core system files and data. Rootless also means a major step back for those who like to jailbreak their iDevices and install third party apps or further customize their interface, as that may simply not be possible anymore.

The list of new features is rather short, but it’s there. iOS 9 is reported to get a new system font (San Francisco, which is already found on the Apple Watch), split screen app view for the iPad and new Home and Maps applications.

OS X 10.11 will also get the updated font, a few interface changes for better usability, as well as the Control Panel, which was supposed to be included in OS X Yosemite, but was pushed back. Not exactly the largest feature list, but it’s good enough for now.

OS X 10.11 and iOS 9 may not dazzle us with amazing new features, but all the improvements and fixes will definitely add up to make both operating systems as good as they can be. And after all, that is the main promise of Apple devices and software – ease of use, no headaches and constant reliability. It looks like they’re intent on keeping that promise.