Trending
You are at:Home»News»Cortana for Android is coming this July
By Poornima Prakash on June 19, 2015 News

Microsoft Cortana is an intelligent, insightful personal associate developed by Microsoft. The voice-based assistant which is being developed for Windows Phone 8.1 and Microsoft Band, is now coming to Android after confirming its availability with Windows 10, iOS, Xbox One etc. Users can interact with Cortana, like Master Chief did in Halo game series.

Microsoft has not explained why it pushed the release date to July. It is supposed to arrive at this month end. Still Android fanboys rejoice as most Halo fans use Android too. The planned strategy for Cortana will bring non-Windows phone users a taste what Window Phone 10 will offer. Cortana was initially demoed at BUILD conference by Microsoft in 2014 at San Fransisco. Then the product is evolved to meet the criteria of various devices like Windows Phone 10, Windows 10, Android that powers low end devices etc.

Currently the app is available as a beta product for Windows Phone users. The languages currently supported are US English, UK English & Mandarin (for China). If you wish to use alpha version of the product, then you will get languages like English (others), French, German, Italian, and Spanish. Cortana is also available for select users of Windows 10 beta. They should have opted for “Windows Insider” program. 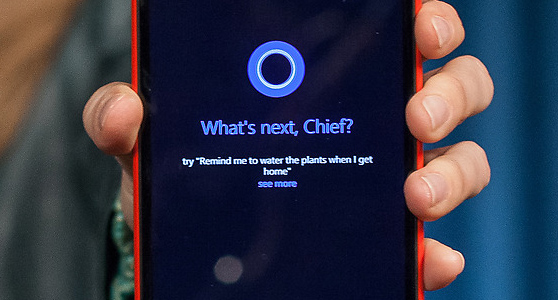 Cortana is not just a search assistant. You can just it for setting reminders which synced to all the devices you are configured to use Cortana. Unlike other voice-based search assistants, you do not need to train the app with predefined words. Its natural voice processing engine is powerful enough to recognize your voice for commands. Most of the Bing’s features are also incorporated into Cortana, so that you can even get traffic updates, current climate conditions etc.

Best thing is, you do not need to open the app by touching it to use. You just say “Hey, Cortana”, and it will recognize it and starts working.